Just when you think they’ve all been found, moved, rescued, or demolished – there’s another one.  I will concede though, that the best, i.e., the earliest or the most architecturally complete, are, in all likelihood, accounted for by now.  But a few abandoned later ones that retain good frames and some of their interior trim, can still be found.  This old house sits on its acre island cut off from the mainstream by highway on all sides.  It faces a mountain sliced for development, and its backside overlooks the eighteenth hole.   Abandoned for years, it still stands tall and proud, despite vines, tree roots and varmints.  Inside (yes there’s always an opening somewhere) were signs of previous visitors, the kind that walk on two feet and come with crowbars for removing items of interest.  The paneled walls were missing their matching doors, holes were poked in the ceiling in search of good beams, and some beaded sheathing boards were missing from a pantry wall.  Surely they’ll be back for more.

I will never understand how anyone can remove items from a house – especially items that are so integral to it.  The doors are part of the overall panel design of the wall – why would anyone remove them?  Why take the top two boards from a wall of beaded sheathing?  Once that wall is stripped to its natural color, the top two boards will have to be replaced with either new or antique ones – hard to match exactly.  That said, the house still retains some paneling, wainscot, and flooring – which I hope will remain until we, or another, secures the house for restoration or relocation.  Yes, relocation, because,  as you know, there isn’t much interest in a house surrounded by highways and modern development.  It deserves better, akin to the rural setting it once had.

It is a later house than we typically fawn over, but perhaps because of the scarcity now of earlier homes, I’m  appreciating the later even more.  While I might have driven right by in a previous life, today I want to save every old piece of wood.  It takes a hundred years to achieve that wear and color!  You can’t fake it.  The fake stuff – fooling with stains – wears off, especially if it’s on the floor.  There’s nothing like antique flooring with it’s aged color.  And I hate to remove parts of a house – if the house is viable, the floor should remain with it!  This house is probably after 1770, but its charms are enough to want to save it.  I’ll let you know if we do, ultimately, and hope I can one day offer some “after” photos to succeed these “before.” 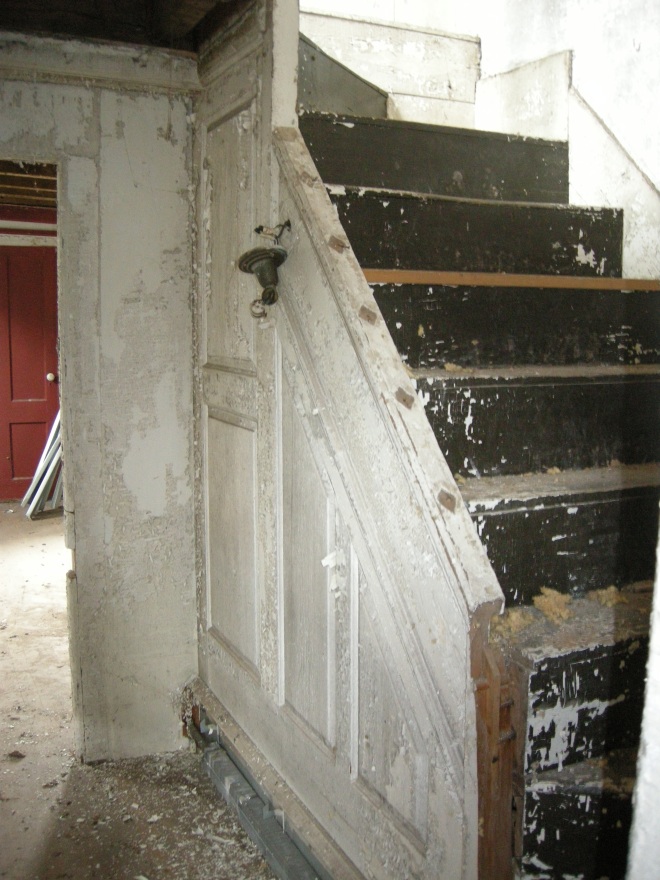 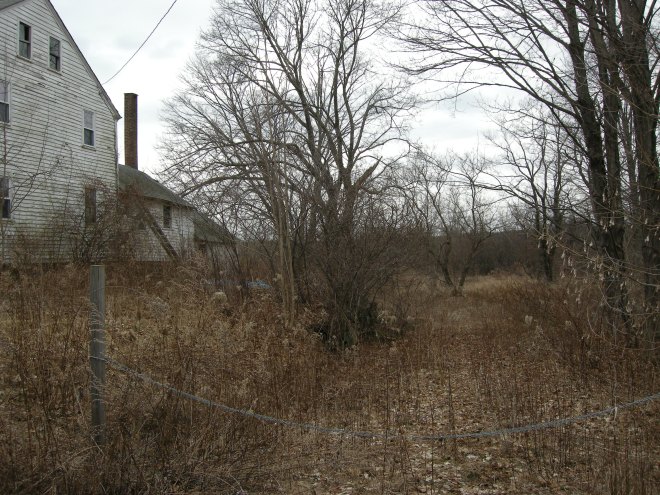 One thought on “another find”