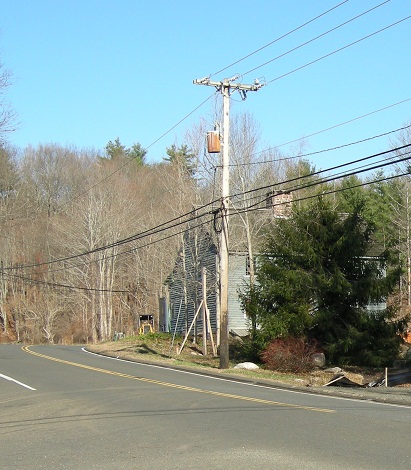 So often today we find old houses just inches from the road.   Encumbered by wires, telephone poles, trees out of control, so much has changed since the road was tranquil and dirt and the transport a slow and steady horse and buggy.  Now as we speed by in fast cars, we wonder how the homeowner can sleep at night without worry that they’ll be awakened by a crash into their living room.  Somehow these homes have survived, and their owners learned to live with the threat.  But they don’t have to.  When progress has encroached too much into your front yard it just may be time to move away from it – and take your house with you.

In the old days I suppose a team of oxen and a dozen hardy men tackled the task.  These days we have trucks and tractors and bulldozers, steel beams and pneumatic equipment to help a few hardy men.  Here are some photos of the process, in case you might be considering such a move, and want to know a bit of what it takes.  First this house had to be moved in two sections, so they were separated, secured, and weather protected.  The foundation, old stone and dirt, had to be dug away, jackhammered, excavated; the sills, framing and chimney supported; tracking excavated and created to roll the house sections to their new site, which of course had to be dug out for a new basement and foundation, creating a new, usable basement which is every old house owners dream.  Well, most.

It was amazing to watch these professional house movers work.  Their confidence in placing the steel, shimming the fireplace hearths and foundation (which had to be removed without collapsing!), and then moving the sections to their new spot, joining the two and leveling with their pneumatic system.  It was quite a feat, and flawless.

Aside from dealing with where to bury or move all the “potatoes” (giant boulders) the excavator removed from under the ground, the regrading of the site should go well, and the new landscaping will be an improvement.  The homeowners will feel like they moved to a whole new site where the landscape has changed, along with the views from every window.  Meanwhile they got to take their beautifully restored and very original antique house with them. 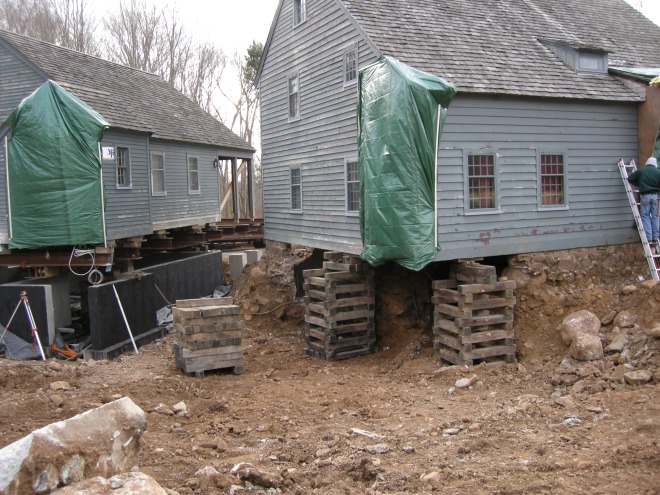 main house to be swung around to join ell

main house to be swung back and clockwise to join ell 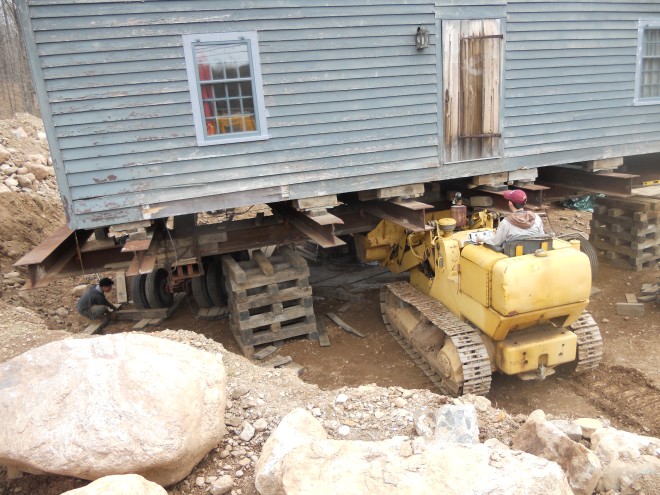 the careful move back 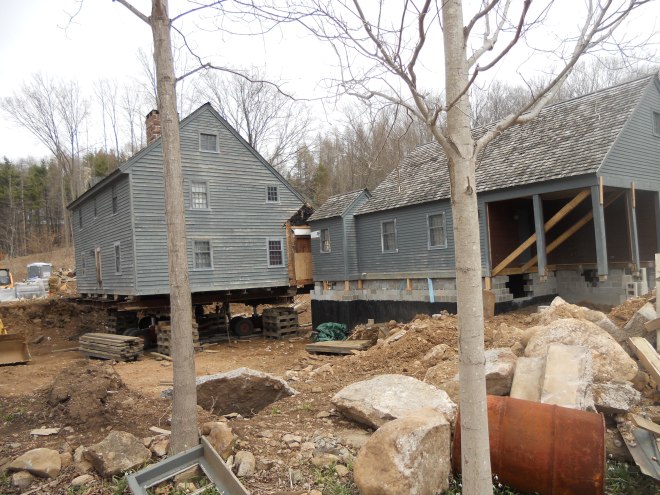